Home / Today / A Word about Microphones

A Word about Microphones 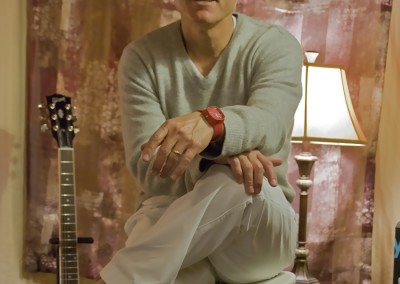 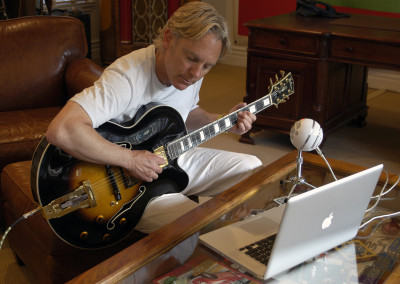 A Word about Microphones

Building a microphone is like writing a song. You have an idea and direction and then you get started. Sometimes it happens very quickly, and other times you labor to get through it. I’ve found merit in both, but it all comes from the place where you have something to say.

I was once on a panel of audio representatives from other microphone companies. One of the reps was keen on emphasizing that his company’s microphones could record the sound of a Stradivarius violin accurately. He then pointed out that my company (at the time, Blue Microphones) did not follow this process because we created different sonic signatures for our products that were not “flat” and, at least in engineering terms, were sonically “colored.” I thought about this for a moment and then asked the 100 or so people in the audience to raise their hand if anyone owned a Stradivarius. No hands went up. I then asked if anyone knew someone that owned one…still no hands.

Then I asked who owned an acoustic guitar—and a lot of hands went up, so I noted that “We make a microphone tailored for that sound.” Who owned a piano? A lot more hands, and again, I said “we make a microphone tailored for that sound too. Who owns a drum set?” Again more hands, and yes, I mentioned we make microphones tailored for drums as well. I then looked over at the audio expert and explained that I had no doubt that if replicating the exact sound of a Stradivarius was your goal, that company’s product would be a great choice—but that we would continue to create products for the majority of people in the room.

The microphone capsule is one of the most important elements in creating the microphone’s sound. In the studio I was having issues with getting the individual recorded tracks to sit well together for a final mix. (Mixing is the process of rendering all your recorded information down to a stereo recording for album or digital playback.) If I had to equalize a track to get what I was looking for it created phase problems, which resulted in an individual track that fought with other tracks.

When film was the key element to a camera, the photographer would often manipulate the analog film to create a larger-than-life image. On option was to modify the aperture settings but there were many other ways to color the image and create a vision that was unique, different, and pleasing. The same is true with the film used on a microphone capsule. If stretched or sputtered with different alloys you can create a sonic image that is pure, unique, and pleasing to the ear, but without the annoying phase issues that can occur when using too much after-the-fact signal processing.

Martins Saulespurens, my business partner and co-founder of Blue Microphones, used a capsule design that allowed us to tension and tune the film on the fly. This was based on us one day discussing a drum called the Roto Tom. Martins is also a musician and plays the drums; he was all too familiar with this product, which appeared in the market during the 1970s. The Roto Tom, if turned clockwise or counter-clockwise, would loosen or tighten the drum skin and create new tunings.

We found that by coupling this concept with a particular choice of film and specific capsule backplate designs, we could create an endless array of sonic signatures. These timbres were designed to bring out the best in signal sources such as voice and instruments. We would set up the microphone on the signal source and tension the capsule until we found the so-called “sweet spot” where the source/instrument became “alive.” We then would document this tuning and its qualities with a sophisticated computer program. From this, we were able to create a line of products representing various sonic signatures similar conceptually to the palette an artist uses while painting. Our goal was to create the tools necessary to help the artist or engineer achieve their vision through a sonic landscape.

I believe in my lifetime I will not see the value of carefully designed and built microphones diminish any time soon. They are unique analog devices, immune to the ever-changing digital technologies of today. Of course if someone figures out how to plug a USB cable in to your larynx, well then…

Our goal has always been about solving problems. In the studio Martins witnessed the difficulties we had simply setting up to record. As one example, the drummer would always arrive ahead of the other musicians at the start of a session. After setting up the kit (which takes time), we would then place microphones on all the drums and cymbals, and start dialing in the sound. This involved the drummer having to bang on a kick drum for 10 minutes or so as the engineer placed (and sometimes equalized) the mic to obtain the desired sound. This would then continue to all the other drums such as the snare, upper toms, floor toms, cymbal overheads, etc. By the time this process was completed the poor drummer was exhausted—yet still needed to play at the best possible level for the actual recording.

We wanted to streamline this experience so that setup was quick and the musician could concentrate on the performance, which ultimately is what really matters. We created a series of microphones where simply setting them up put the sound close to, if not exactly, what we wanted.

It turned out we weren’t the only ones facing these issues, as proven by the success of the products—thus solidifying the foundation of Blue Microphones. Just like writing songs, to this day it seems endless how many problems can be solved in audio with a well thought-out microphone, and the look of the product. And about that look…

Well, we are all unique in our own way: you look like you, I look like me, and the microphones we create represent our unique personalities. It was and always will be important that we are true to ourselves and the product’s image.

Ken Niles, our Art Czar, has been with us since the beginning and helped forge our path through his marketing creativity. Along with our sense of design from the Art Deco era and all the influences Martins brings from his European Latvian heritage, we have created a company that is different and unique in the microphone design and manufacturing arena. When we release a new product, I love the fact that everyone in our industry seems to know it’s from us. That’s pretty Neat.

Moving On Being Responsible for your Dreams
Listen to my Playlist