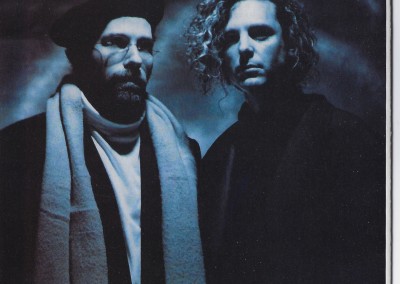 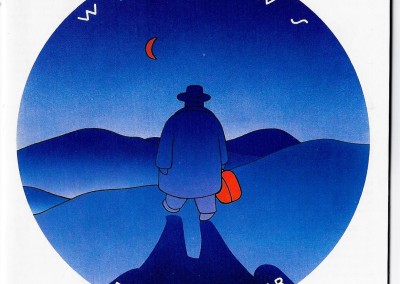 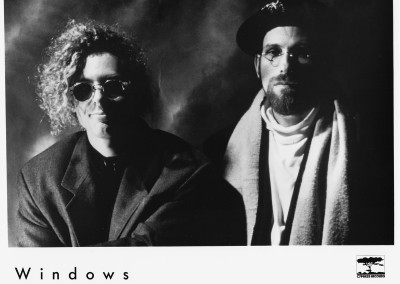 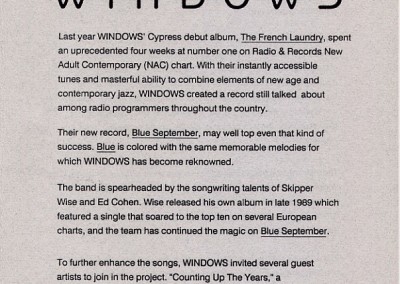 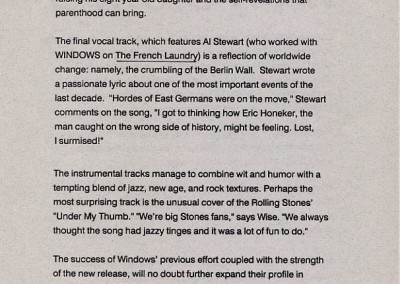 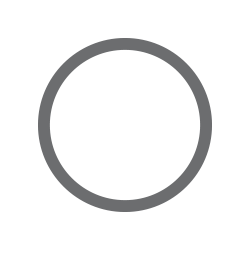 Back at the ranch, Ed and I still had to deliver the follow-up to “The French Laundry,” Ed’s last effort with me. If we thought the pressure was tough after “Mr. Bongo,” it became rather unbearable recording “Blue September.” Ed was loosing interest in the process, and too much material made choosing what to record difficult. The three vocal tracks we had were too many for the record label, as Windows was primarily an instrumental group with a token vocal on each record. We solved this by getting known talents like Al Stewart and Janis Ian to sing the songs they co-wrote with Ed and I. Al sang “Blue September,” the title track, and Janis sang “Counting Up the Years,” in which her lyrics still seems as timeless as the day she wrote them. That left the lone vocal on “Someone’s Growing Up Here” for me to sing. The song was based on raising our oldest daughter, Jessica. The rest of the material consisted of instrumentals that Ed and I had composed.

The basics were recorded in few days, but overdubbing turned out to be a long weary process. Ultimately, though, the album turned out to be what we wanted. The album cover and title were based on the lyrics from Al Stewart’s “Blue September,” with artwork reflecting the style of the French artist Falone. Michael Quarteman, a friend of the band, shot the pictures of Ed and I with Ed looking like a college professor, which in hindsight is where he was headed. “Blue September” was released in 1990 on ”Cypress/Gold Mountain“ records, a new joint venture between Danny Goldberg and Craig Sussman. The album peaked at Number Three on the R&R NAC charts – and that was it. Cypress went out of business, Ed went back to school to get his teaching credential, and I had to figure out what was next.