Home / Windows / From The Asylum 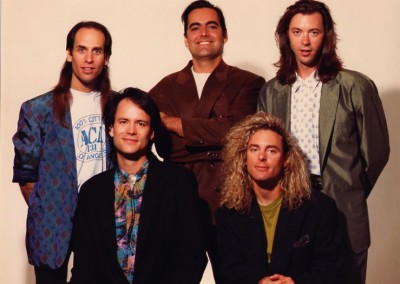 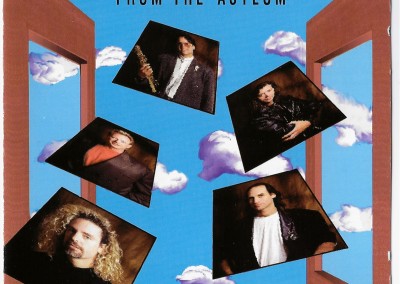 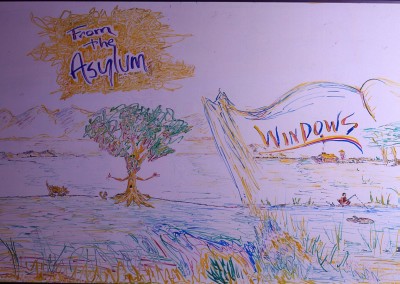 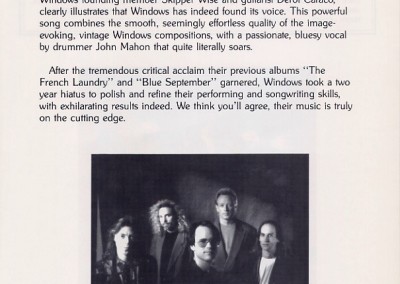 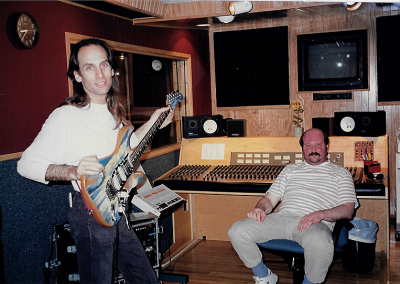 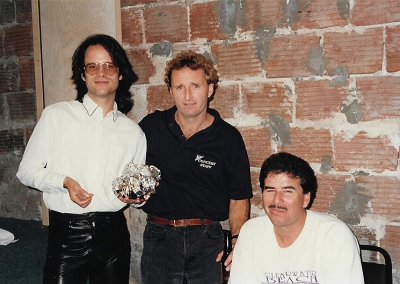 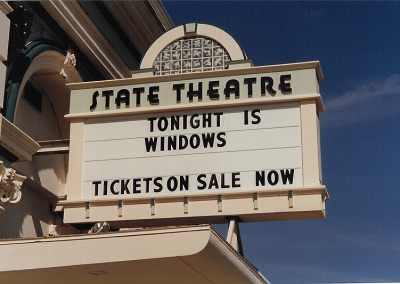 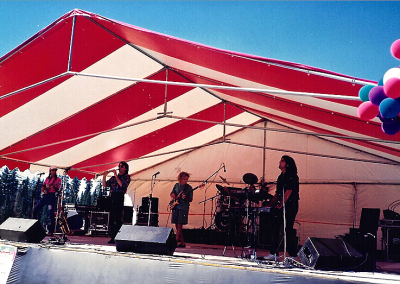 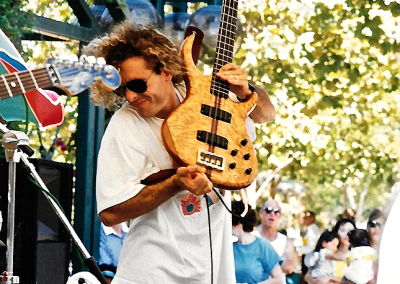 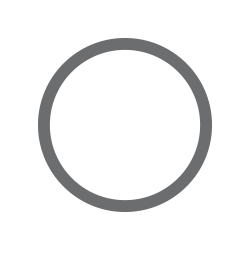 Peter and I were pleasantly surprised at the success of my vocal material that had been released in Europe. Our manager, Steve Chapman, encouraged us to follow this direction together, and in early 1992 I started writing with Ed, Peter, and Neal Morse. Neal helped forge a harmonious smooth background vocal sound that created the vibe Peter and I were looking for in the recordings of the songs. Neal today is still quite busy as a musician, with his own band and record company.

After several months, I had assembled a group of songs that Peter agreed to produce and record with me. Since I was without a record contract, and wanted artistic freedom, I decided to fund the project myself. I did not want to have the same experience I had suffered with Cypress/A&M diffusing the direction of the album. Even though we worked in my own recording studio, the cost involved was substantial. There were musicians to pay, the two-inch master tape cost, mixing tape (no computer recording back then) and, of course, our mix and recording engineer, Tom McCauley, also had to be paid. So this was a risk of sorts, with no record label to fall back on. I felt I needed a backup in case the project did not work out. So a Windows deal was struck with a new label, Blue Orchid/DA Music.

Recording two records at once seemed like a bad idea to everyone around me. Steve Chapman wanted me to focus on the vocal material, and stop the Windows thing all together. So I decided on a compromise. I offered the guys I was currently touring and playing with, as Windows, the opportunity to be a band. When Ed left Windows, I had retained the band name for myself, so this was a big step. Although I had done the band route before, and had been glad to move on, continuing Windows seemed like a good idea for many reasons. This was the best set of musicians I had ever played with as Windows. Each in their own right could have fronted their own bands; they were good writers, singers and seasoned veterans.

For these very reasons, creating a new Windows album was a challenging process. Everyone had a valid opinion (including yours truly), and making decisions about which songs to record was difficult. It should be understood that smooth jazz at that time was not necessarily the best paying job in the world. Everyone had families to support, and mouths to feed. So artistic integrity was all they had to gain from this endeavor. Nobody was going to get rich spending all day in the studio, rehearsing and recording for days on out. But at least getting their songs recorded was something tangible they could hold on to.

The result of this was the 1992 album “From the Asylum.” To this day, it is one of my favorite Windows records, though at the time it seemed to barely hang together. Derol Caraco and I spent most of the time producing and mixing it because everyone else got busy and eventually lost interest. Dave Camp, the sax player, and John Mahon, the drummer, were now touring with Peter White in Al Stewarts band, and I recall sending them a cassette to listen to while they were on the road. Mark LeVang, one of the most talented musicians I had ever worked with quit, wanting to be a sideman only.

But there it was, finished and pressed, with its challenged album art of a cover. The record company would not allow us to be involved with the cover art, as they had an in-house guy design it. The album, released during the recording of my solo vocal project, performed well enough on the Radio & Records New Adult Contemporary radio charts (peaking at Number 14) to allow us to tour in support of it. Out on the road, all the previous months of arguing and withheld emotions reached their peak as we played our final show at the Flagstaff Jazz Festival. It was the last live performance to this day by Windows. After the show, I remember being quite depressed, digesting quite a bit of a single malt scotch with the guys from the group Kilauea and jazz pianist David Beniot. I returned home to finish my vocal project with Peter, thinking there had got to be a pot of gold and a rainbow somewhere.

(As a small side note – a lot of care was taken during the recording process in the creation of “From The Asylum.” We worked hard to achieve as audiophile a level of quality as possible. It was an early opportunity to utilize my personal collection of vintage microphones (uniquely modified by engineer Martins Saulespurens), which were to be the inspiration for the Blue microphone company. I still use this album as a reference in listening to album mixes and microphones concepts. )

Try Again Harry My Red Jacket
Listen to my Playlist