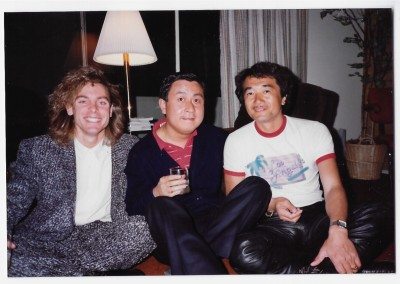 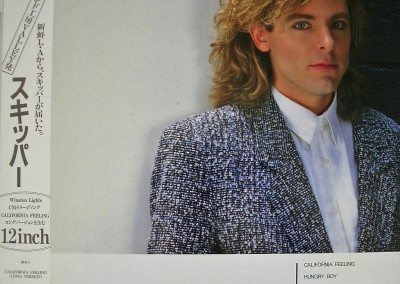 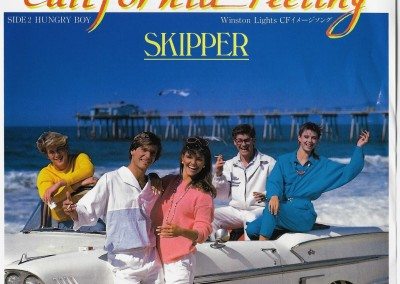 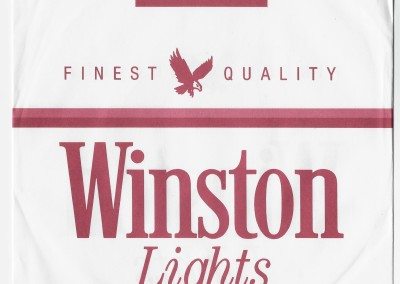 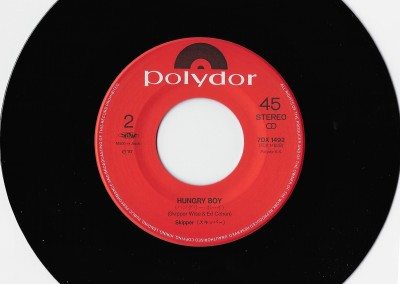 One unique opportunity in 1987 came from, of all places, a Sushi bar called Gemini that my wife Sharon and I frequented in Sherman Oaks. The owner was aware of my music on the radio. (They played local radio station KTTV “The Wave” in the background at the restaurant). He introduced me to a woman who worked for Polygram in Japan. She came to visit Ed and I in the studio we had built in his parent’s garage, and felt I had the look and sound for a project on Polydor.

It was common in those days to attach a pop song to the launch of a product. JR Reynolds were releasing and marketing their new “Winston Lights” cigarettes in Japan, and wanted an artist associated with the advertising campaign. Ed and I dug into our catalogue of the pop type songs we were trying to pedal to other artists, came up with a pair of tracks, and rewrote lyrics based on their suggestions.

The 12-inch LP of “Hungry Boy and California Feelings” was released simultaneously with the new cigarettes campaign. I was set to go to Japan for promotional purposes, when all hell broke loose. Apparently, people in Japan started getting sick, because the tobacco used in the new cigarettes was tainted from some type of insecticide spaying. It was all over the news, and the on the front pages of Japans largest newspapers. Unfortunately, so was I. My name became linked to the disaster, which included an apology on national TV from the CEO of RJ Reynolds, the largest tobacco company in the world. As a result, all plans were cancelled, and my relationship terminated. Oh well.

The Wave Poems of the Five Mountains
Listen to my Playlist