Home / Windows / The Clock and the Moon

The Clock and the Moon 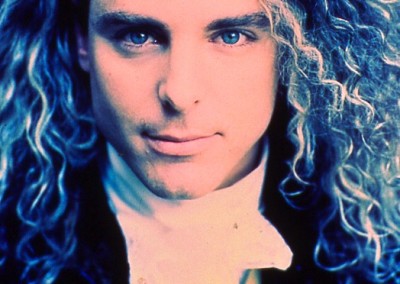 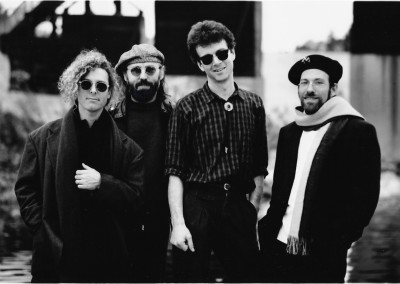 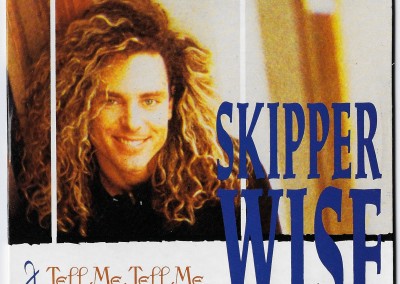 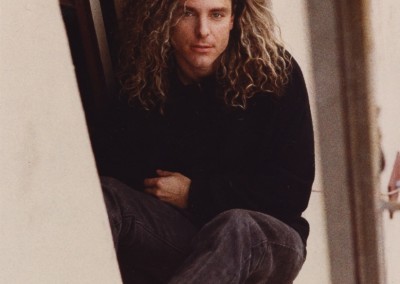 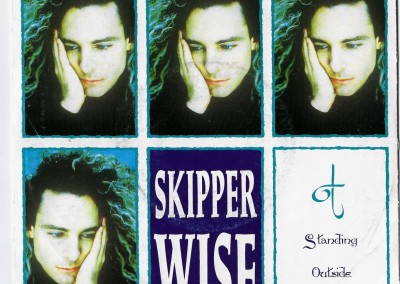 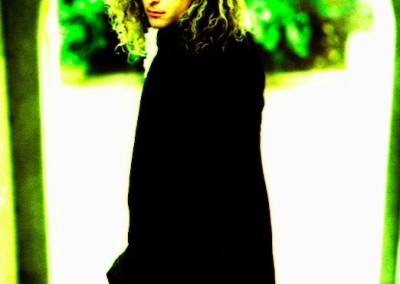 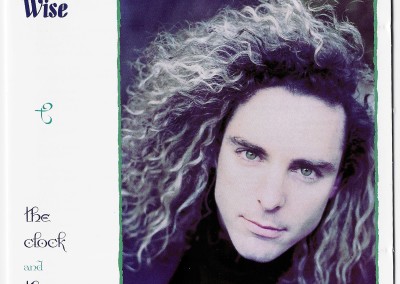 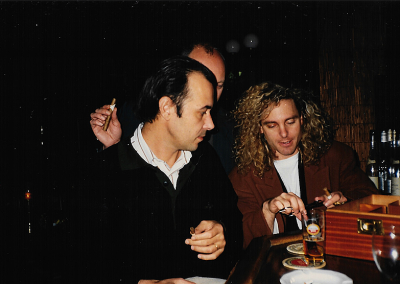 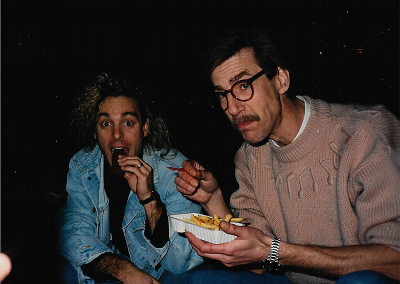 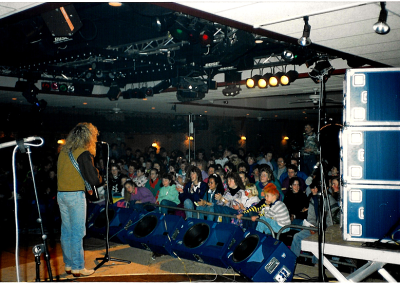 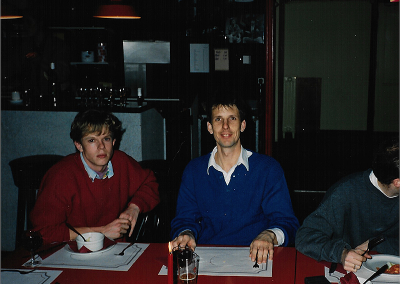 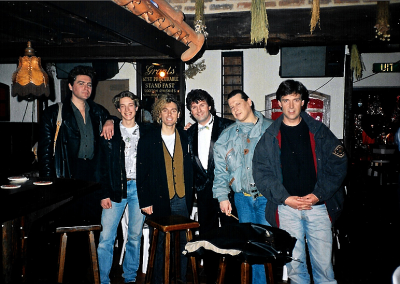 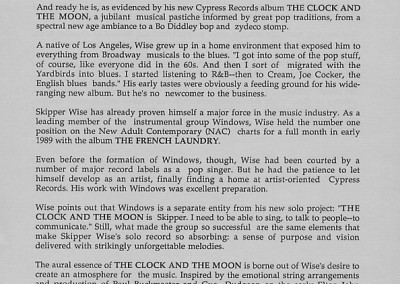 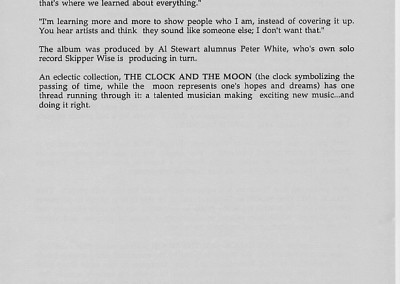 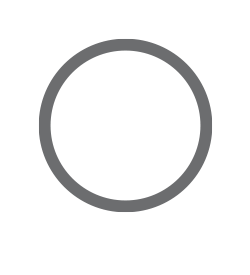 The Clock and the Moon

Throughout 1988, I had been recording a bunch of pop demos I sang on, as to spotlight my abilities as a vocalist. Our new manager Steve Chapman played some of theses songs to Craig Sussman at Cypress/A&M. They offered me a solo record deal, so off I went with Peter White, who agreed to produce with me what would become “The Clock and the Moon”.

As we began working, we were very focused on the vibe of the material, as we had assembled songs that had a pop-jazzy vocal flair to them. Cypress/A&M had just signed an actor, Michael Damien, who in turn had a hit with the remake of the David Essex song “Rock On.” Craig Sussman immediately called me to his office to tell me that I needed to add more of a younger pop flavor to my album. We had already recorded “Standing Outside in the Rain,” “Tell Me Tell Me” and” Long Way From Home,” and had to shift gears quite a bit. This was tough, as I was at the age of feeling I wanted a more mature sound to what we were doing.

“The Clock and the Moon” was finished eight weeks later, and released in late 1989 with little initial fanfare. However, KTWV-The Wave in Los Angeles, who at the time played almost no vocal material, started playing “Standing Outside in the Rain.” Vocal tracks stand a much better chance of success than instrumentals, so I was very fortunate that the song instantly resonated with listeners, and was picked up by other adult contemporary stations around the country.

After “Standing” had run it’s course as a radio single, and the stations wanted another tune from me, there was little on the album in the same vein. For Peter and I, this validated our initial approach in wanting a more mature approach for the album.

I thought this was to be the end of my experiment as a vocalist, until we received a phone call from a DJ in Holland. Unknown to us, “Standing” was high on the Top 30 Pop charts in the Benelux region, eventually peaking at Number Three. I was asked to come perform on TV, and make a video for the song. The phone starting ringing with calls from European record companies and publishers who wanted to make a deal. Steve Chapman arranged for Cypress/A&M Records for me to fly us over.

So off we went, on my first trip to Europe. Steve and I were put up at the American Hotel in Amsterdam, an absolutely beautiful establishment. I remember getting into the elevator, and thinking how far I was from home, when in walked Flea of the Red Hot Chili Peppers got into the elevator. Our paths had crossed casually years before, on club dates back in L.A.

I was met in Amsterdam by an A&R representative from the record label Indisk, which had a deal with Cypress to distribute their releases in the region. Along with the Manchester group The Stone Roses, we were taken across the street from the hotel to the famous Bulldog restaurant. The menu offered local food of all kinds upstairs; downstairs, in the bar, you could order beer, and select from various choices of Hashish. The whole environment was an eye-opening experience.

During the first couple of days, Steve and I met with several publishers who pitched their deals to us. It narrowed down to two players: EMI, and Warner Bros. We decided on EMI, and prepared to sign on with them. I had worked with a few of their writers, and recorded a few tunes for EMI to review. They liked the results, and made an offer that was right for us.

The day before we were to sign the deal, we received a call from the managing director of EMI. Apparently, a publishing deal was being struck for me with Warner Bros. We responded that this could not be possible, but we were wrong. Apparently, Craig Sussman had been negotiating a deal, claiming he had the rights to my publishing. Of course, this was news to Steve and I, as he did not own these rights.

Craig’s story to us was that he had no idea we were in the process of making a deal, and thought we would be thrilled with the fact he could offer us a deal through Cypress/A&M when we got back from the trip. Of course, his deal was for a lot less than what we were being offered by EMI, or what Craig would be getting from Warner Bros. Well, this appeared very out of line to me at the time, but I look at it now as part of my education in the music business. Everything was eventually settled up, and I signed on with EMI in Europe, who paid for a video of “Standing Outside in the Rain” to be shot for promotional purposes.

The next stop was the Countdown Show. I had never been on TV, let alone the Holland version of America Bandstand, but there I was, with bunch of pop stars of the day. Michael Bolton was there, performing along with other local and European artists. The Stone Roses were also on the bill, and slated to be interviewed for their opinions of the local Top 10 pop songs of that week. The show was taped in front of a live television audience, and they paced the show without breaks to create excitement within the audience.

After I performed, I was about to leave the studio, when I heard a panicking production assistant yell out, “The Stone Roses are too stoned, and won’t come out of their dressing room.” I could see smoke coming out from the bottom of their dressing room door. Apparently, when visiting the Bulldog the previous night, they partook in some of the non-food items on the downstairs menu, and were enjoying their purchase only to get so paranoid they would not come out of the dressing room to perform. I was immediately whisked out to the stage to comment on the local Top 10 songs, most of which I knew nothing about. Somehow, I got through it.

The video of this whole experience is here on the website to view.

I returned to the Countdown Television studios in Hilvesheim again the next day, to film the music video for “Standing Outside in the Rain.” This was my first experience filming a promotional video. To this day, I remember a simple lesson it taught me: if what you are asked to act on for a video appears to be stupid, it most likely is! Even years later, watching the winking at the camera and other odd moments I was requested to do, I close my eyes in embarrassment. But it is beautifully filmed, and we were all trying our best.

With my publishing deal signed, and promotional obligations completed, off Steve and I went, back home to the USA. 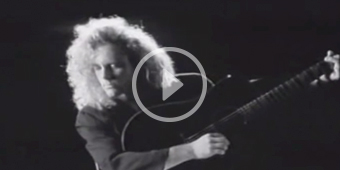 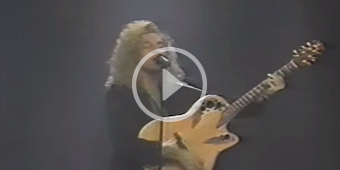